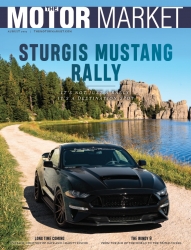 So much of everything in today’s world is all about making anything better and more pleasing to look at. When you think about it, there aren’t too many areas in everyday life that we aren’t affected in one way or another. It is human nature to want to stand out in a crowd, however it may be involved. Fashion trends change every six months, sometimes making it frustrating for parents to deal with the need to have “labels,” on the outside or hidden ones on the inside of the apparel. Hair styles continually change, along with changing attitudes of social acceptance. Some adults, as they go through life, decide they need a nip or a tuck, or something added so they feel they look younger. Fashion magazines always used to portray models that looked a certain way, putting peer pressure on all ages who didn’t fit the image. That image today has shifted away to reality showing all shapes and sizes as being normal and acceptable. I guess it boils down to being comfortable with who you are and how others see you to be happy.

As broad as I am playing with my subject here, I still find it exhilarating and mind blowing that within the car culture at any level of involvement, most people want their rides to stand out no matter what it is. And the thing that is most unique is the broad acceptance level and appreciation for any ride that someone rolls around in. I honestly don’t think I have ever heard peer pressure or seen any disrespect in any car-involved scene. In fact, I have seen strangers stand up for others if something doesn’t sound or look right if it affects the camaraderie – keeping the picture honest and fun for all.

Keith Peterson’s attention was grabbed as a teenager when his uncle bought a 1956 Ford pickup in 1974 for everyday use. He liked it enough to check it out every time they visited, forming ideas in his mind of how cool it would be to have. Years later, after his uncle passed away in 2001, Keith bought the truck from his aunt. Not really in a position to build the truck at the time, Keith put it in storage until 2013. During the 12-year period, Keith mulled through car magazines and research to establish in his mind the directions he was going to go with building the truck.

One of the first major things Keith dove into once the truck was stripped down to a bare frame, was to install Jaguar front and rear suspension. With the body and a new 2” wider box set back on the frame, Keith mounted the suspension in such a way to place the wheels and tires, when viewed from the side, in the center of the “fenders”. Doing this changed the wheel base from 110” to 116”. Keith said he never liked the way the front fenders stuck out so far in front of the wheels and the rear fenders went the opposite direction. So to complete the idea, the outside of the fender openings were cut out and moved 2” forward and shrunk more forward on the front fenders, and the same was done in the opposite direction on the rears to center everything up with the newly established wheel placements. He then trimmed the bottom edges of the fenders 1 ¼” to line up with the running boards which were also moved up 1 ¼” and moved in 1”. Doing this eliminated an open space usually filled by a rubber gasket found between a stock body and running boards while leaving a cleaner look with a straight bottom line front to back. While the meticulous body work continued, the cab corners and roof were replaced, along with more smoothing of the body by welding seams together along with eliminating outside air vents. Somewhere in the beginning of doing all the body mods, Keith installed a new Ford Performance “Coyote” 5.0 engine with a new Tremec 5-speed manual trans. This was necessary to get nestled into place and move forward with his ideas. Next on the agenda proved to be a tough one to achieve with lowering hood front and hood sides by pie cutting 1 ½” out of the front to a point in the back. Keith said it took three hoods to achieve his finished look. I call it a learning curve. Not stopping there, Keith decided to enlarge the small original rear window opening by lowering the bottom edge 2 ½” to make it more symmetrical with the door windows helping it look correct from behind. When it came to the new 2” wider box, he added new 2 ¾“ wider wheel wells to the inside to allow for wider wheels and larger tires under the rear fenders.

With what little I have told you about with Keith’s truck build, it seriously only touches the tip of the iceberg when it comes to the amount of thought processes and actual work. With a total of 4 ½ years from start to finish, along with other modifications too many to list in my story, I have to say that Keith’s finished truck looks quite impressive from any perspective. His follow through with his modifications were done so well and subtle, that it looks like this truck should have come from Ford this way, now looking more refined, balanced, and appealing. My hat is off to Keith for his total vision follow through with what this truck is now and can’t emphasis it enough that it has to be seen to be appreciated!